#SPFBO5 Round 1 Update - My Third Batch of DNFs

on July 30, 2019
Things are moving at a nice steady pace for me at the moment and I have been able to eliminate five more books from consideration.  This brings my overall total to 13 DNFs so far.  Nine books are still alive as semifinal possibilities and I have eight books still to assess in the coming weeks.  My hope is that I can narrow my possibles down to a manageable 8-10 books by mid to late August and have my semi-finalist(s) chosen by October.  Again the following are books that I have only eliminated from my personal list.  When the average scores are tallied between all four members of Team RockStarlit Book Asylum, the highest combined averages will ultimately determine which books get put through to the semifinals.  So here are my next five DNFs along with brief explanations as to why I chose not to move forward with them: 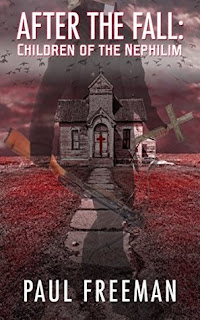 AFTER THE FALL by Paul Freeman - I hung in with this one for a long time compared to the other titles that I did not finish but in the end it just wasn't a book that I thought was worthy of keeping under consideration.  The plot is by no means new, a dystopian setting where vampires are now at the top of the food chain, while small pockets of uninfected humans live scattered across the country trying to survive.  It definitely reminded me a lot of Justin Cronin's Passage series, but seemed to borrow much from that series without breaking any new ground.  It's a decent read, just not anything that I haven't read a bunch of times already.  I kept waiting for that breakout moment where something totally unexpected would happen and it just never came.  For those reasons, I have added it to my DNF pile.
(My score: 4.5/10) 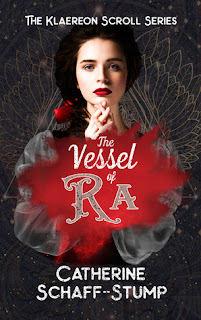 THE VESSEL OF RA by Catherine Schaff-Stump - A period-piece fantasy taking place in Venice in the early 19th Century that just never hooked me unfortunately.  The writing was fine and the premise of sisters who are able to bind demons is a very cool one.  There's also quite a bit of Egyptian mythology infused into the storyline.  My enjoyment of the book was hampered by issues with pacing (the plot takes quite a while to move forward) and the characters who I thought weren't fleshed out as much as they could have been.  I wanted to know more about their stories and backgrounds but I feel like that was skimmed over and never really addressed.  Also this book was a bit heavy on the romance angle which I've stated before I'm not a huge fan of in my books.  All in all a decent enough effort but just not enough for me to continue reading.
(My Score: 4/10) 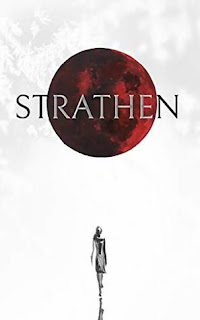 STRATHEN by Grey Melmoth - There were a few reasons why I never really got into this book.  One reason was that I felt the dialogue was a little forced and stilted throughout much of the book.  I kept thinking to myself that this is not the way people speak to each other while I was reading.  Also, the main plot device was a red dot that required being fed human flesh to grow in size.  The purpose of the dot was a mystery and the author continually referred to it as "the dot", which was kind of silly.  I mean, at least give it a cool name right?  Another problem that I had was the large cast of characters that you never fully were able to get a grasp on because the next chapter immediately switched to another viewpoint.  This book had potential in the beginning but ultimately I believe needed to be scaled down in both page count and number of characters. 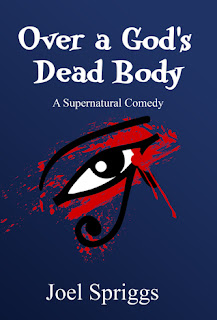 OVER A GOD'S DEAD BODY by Joel Spriggs - Admittedly this was going to be an uphill battle with me because my least-favorite sub genre of fantasy is humorous fantasy.  I'm not really a big fan of Terry Pratchett's books (I know, blasphemy!) and "funny" fantasy stories in general.  But I wanted to keep an open mind with this one and give it every chance to win me over.  Sadly, it started out on the wrong foot with me and never recovered.  Mainly the thing that turned me off about this book was the overt crudeness of the humor.  It is pretty in your face to put it lightly.  Let me also say that I am not a prude when it comes to crude humor, but I felt it just got to be too much at times and took away from the story.  There were also a couple of misspellings in the first few chapters and so I decided to cut my losses and move on.  Just not for me but other readers may feel differently.
(My Score: 2/10) 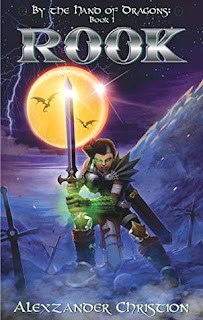 ROOK by Alexzander Christion - From the description, I kind of expected this one to be a D&D type of book along the lines of R.A. Salvatore or Margaret Weis.  And at times it had that kind of feel to it.  What made me abandon this book though were the uber-violent descriptions that cropped up pretty much every five pages or so.  I don't mind some violence, but there's a A LOT of action in this book and also some very vivid descriptions of brutal carnage.  Unfortunately, I thought that there wasn't a lot of story to serve as a backbone.  It almost felt like the author tried to cram in as much action as possible, but what I didn't get was a coherent plot through the first 40% of the book.  And yes, the over-the-top violence was a bit off-putting at times, so I just couldn't hang in there with this one.
(My Score: 2/10)


And there you have it, my next five DNFs for our team's stack of 30 entrants.  Be on the lookout for further updates to come and don't forget to follow both my personal #SPFBO5 page on this very blog and also Team RockStarlit's updates page (click the link at the beginning of this post to see it)