#SPFBO5 Round 1 Update - My First Batch of DNFs

on July 08, 2019
I've been slush reading our group's #SPFBO5 books over the past three weeks and have been making some good progress.  So far five books that I've read at least 25% of are still in the running for my semifinalist picks.  I don't know if any of them will make the cut but some will at least get consideration along with full reviews and scores.  Sadly, there have also been some books that I have had to eliminate for various reasons.  I just wanted to list those four now and briefly mention the reasons why they were DNFs for me.  I want to stress that these HAVE NOT been eliminated from overall team consideration.  Ultimately that will be decided as a group later on as everyone completes their own reading and our scores are averaged out.  Rather, these are books that I myself have decided to move on from as an individual team member of RockStarlit Book Asylum.  And so here they are: 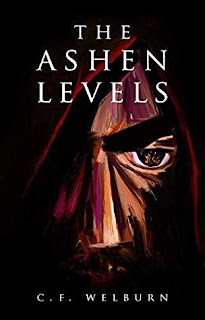 THE ASHEN LEVELS by C.F. Welburn - I wanted to connect with this book so badly.  So much so in fact that I even gave it 50% instead of the required 25%.  Ultimately, it just never had any focus or coherent story to grab onto in my opinion.  Much of the book is simply following the main character Balagir after he awakens from a long slumber to find that he doesn't know who or where he is.  The problem is he spends the majority of half the book performing one task after another without any hint of why he's doing these things.  And it never really gets on track.  So for the sake of time I had to cut bait.  The writing is good but I need more direction in a story. 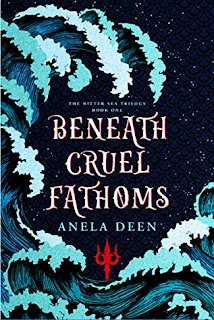 BENEATH CRUEL FATHOMS by Anela Deen - This book was sort of a flipping of The Little Mermaid story where the person shipwrecked is the female lead character and the person who rescues her is a merman.  I liked the writing and the story was mildly interesting but two factors really sunk this one for me (pun intended).  The first was the romance element which I really don't particularly care for in my reads.  I don't mind if it is sprinkled in here and there but when it is a significant part of the book, it just becomes too much for me to stay interested.  The major reason why I decided to abandon this one however was the lack of any real action.  Too much conversation with not a lot else taking place.
(My Score: 3.9/10) 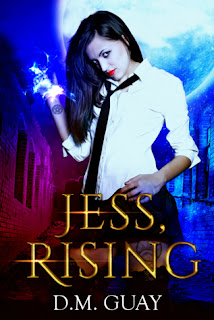 JESS RISING by D.M. Guay - This one was just too "Twilighty" for me.  Lots of teen angst and the drama associated with what goes along with it.  I'm not much of a fan of books like this where high-schoolers are juggling crushes and love triangles and are trying to cope with hidden powers that they don't fully understand.  It's a trope that has been done so many times and this book unfortunately didn't offer much to keep me wanting to read.
(My Score: 2.9/10) 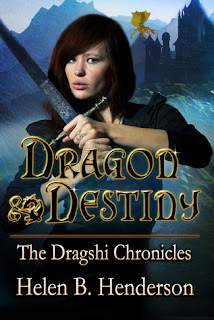 DRAGON DESTINY by Helen B. Henderson - Another Fantasy-Romance that just didn't click with me from the very beginning.  The main character is a dragon shifter who can take the form of his dragon soul's twin.  Sounds cool right?  Unfortunately not much is done with this and the majority of the first quarter of the book is spent on a love story and not much of that is very compelling.  Again, just not my cup of tea and the story taking a backseat to the romance element turned me off to reading any more of this.
(My Score: 2.7/10)

And there you have it, the first of my DNF cuts.  I will continue to post more updates, mini-reviews for books that I thought were okay but not semifinal worthy, and also full reviews of books that I enjoyed a great deal that may make it to my semifinal picks.  For those who are unaware, you can follow my reading progress on my personal #SPFBO5 page.  I update this page daily with where I'm at with regard to my reading progress for all of the books assigned to Team RockStarlit Book Asylum.  For all official #SPFBO5 team updates, you can click on our team page HERE.

That's all for now, but more to come soon!
Nick
Self-Published SPFBO